Why do we do what we love?

We are curious – in our private and professional lives. Feedback gives us a picture from the outside and allows us to initiate improvements on this basis. Classic surveys or polls are still the only means of obtaining valid data in a timely manner. The use and benefit of surveys is as diverse as your business … 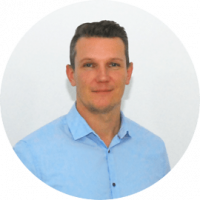 Why another survey tool?

I asked myself the same question at the beginning: “There are already enough tools.” But since no tool was so comfortable that it was easy to create and conduct surveys, I wanted to fill this gap. Three months later, the first version of easyfeedback was ready. From today’s point of view it was rudimentary, but very easy to use.

Today, eleven years later, we have grown. easyfeedback has become a versatile tool for any survey. The limits of the possibilities lie only in the imagination.

Surveys have to become sexy again. Nobody waits for a survey to finally participate. On the contrary, surveys don’t have an overly good reputation. That’s why it’s all the more important to be gentle with our customers and employees and surprise them with a great design.

Surveys have to be fun again – for creators and participants.

You don’t need a big company to get good products. On the contrary, with any big company you are just a number. With us you are a valued customer and you can reach us anytime by phone or mail. Just call – even if you just want to chat.

Our small, well-rehearsed team is very flexible, which is e.g. very important in bugfixing. If we discover a bug or are informed about one, it is usually fixed on the same day.

Size is good, but the closeness to you must not be left behind.

Do you have any suggestions on how easyfeedback can be made even better? We look forward to your ideas and wishes!