Negative feedback after a survey: how to best deal with it! 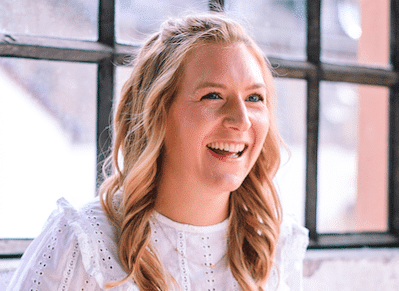 Sarah Cathrin Ecker
Share on email
Share on facebook
Share on linkedin
Share on xing
Share on twitter
Karl has always wanted to know how his employees actually feel about his company, how the seminar he planned was received, and how satisfied his customers are with the products he offers. Karl is an entrepreneur of a medium-sized company with personnel responsibility and many years of experience.
This awaits you – table of contents:

So he decides to launch a survey in each area, asking all the questions he’s always wanted feedback on. “A modern design can’t hurt either, after all, the effort should be worth it,” he thinks. Karl has his secretary read over it and then happily clicks on the send button.

Bit by bit, the first feedbacks trickle in, but what is it?

“The seminar was boring!”, “it was hard for me to listen”, “the fixed working hours restrict my work-life balance”, “the product doesn’t meet my expectations”, “it could all definitely be put on in a more modern way”, …

That’s criticism. “Okay,” Karl thinks to himself, “these are only the first opinions, the others will be better.” But even after a few days, the trend is clear. Here, people are criticizing anonymously.

“Feedback, that’s all well and good… but a negative one?” Karl didn’t expect that. He is disappointed, feels attacked and wants to defend himself. Since the surveys were asked anonymously, he can’t confront any of the participants; even his secretary has already gone home. “Who came up with the glorious idea of having the surveys answered anonymously in the first place?” asks Karl to the empty room. (Side note: that was him, but shhh…, we don’t want to upset him any more).

No matter how he turns it around, a direct confrontation with his critics is not possible right now. So Karl takes a deep breath. “What was that again about the ‘Om’ from the yoga class? It’s supposed to center the body and mind, so it’s worth a try,” Karl thinks to himself.

Receiving negative feedback is unpleasant at first and can be quite frustrating. But to reassure Karl here: This is a completely natural reaction, as our brains are wired to see negative feedback as a kind of threat and we automatically switch into fight mode.

In practice, this often means that people who are criticized start to justify themselves, verbally retaliate, get offended or simply ignore the criticism. This is anything but sovereign. But the good news is that critical faculties can be learned.

We’ve given Karl a few tips below on how to deal with negative feedback after a survey:

Unconsciously, Karl has already done one thing very well. He has taken a deep breath and thus avoided a direct, rash action.

The advantage of feedback on paper or in digital form: No direct reaction is required. Karl can put the results aside for the time being with a clear conscience and sleep on them for a night. This allows him to look at the feedback again with some distance after the initial shock has been overcome.

Feedback should be understood as a well-intentioned piece of advice that provides Karl with guidance on how to improve himself or even his offered product or event. However, there are also critics who simply want to find a fly in the ointment. One recognizes this kind of the feedback particularly by the fact that these humans announce only a little differentiated opinion to the circumstances and present no solution suggestions. Karl also has a good indication of whether negative feedback has been given once or several times, or at what point in time the feedback was obtained.

The feedback form should be structured in such a way that, in the case of negative feedback, direct questions are asked about possible improvements. For example, “You didn’t like the seminar? What can we improve? What did you miss?” In this way, it is clear during the evaluation what the criticism is based on and how it can be implemented in concrete terms.

After a detailed analysis of the feedback, it is important to take the criticism seriously, derive measures and implement them in a goal-oriented manner. Karl should try to look at the situation objectively and understand the arguments of the other person.

It helps to put himself in the other person’s shoes. It won’t get him anywhere if he simply dismisses the criticism and lets the survey disappear into the farthest corner of his desk drawer or into the wastebasket on his desktop.

Tip 4: Recognize criticism as an opportunity

To be able to handle criticism better, Karl should try to see criticism more as an opportunity and not as an attack.

This is not always easy, after all – as already mentioned – the impulse is rooted in our tribal development, but without critical comments Karl would not even know what he could do better.

Constructive criticism is therefore very important – not only for Karl – in order to develop personally and to sustainably improve products or even an event.

Even if the feedback from Karl’s first surveys was not so positive, we still recommend asking for feedback on a regular basis. On the one hand, this shows Karl that he is open to suggestions, and on the other hand, it allows him to optimize his own work and thus achieve better results.

In addition, by regularly soliciting feedback, he can see whether his adjustments are bearing fruit. And who knows, maybe Karl will already be showered with positive feedback in the next survey.

Feedback gives Karl a good opportunity to gain insight into the perspective of survey participants – whether employees, customers or event participants. This helps him to get to know his target group and their expectations and needs, and gives him the opportunity to tailor his products or services even better to them. This offers him a great opportunity to stand out positively in his industry and to continuously develop himself personally and his company.

So, those were our tips for Karl on how he can deal with negative feedback. But maybe they will also help you to deal more easily with the next negative feedback. Criticism can be painful at first, but when we realize that it is only for our benefit, it should make us think, but not despair. 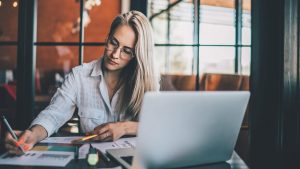 5 tips for evaluating your seminar feedback 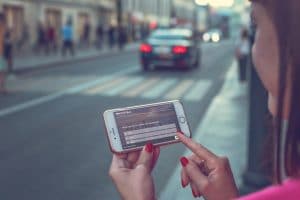 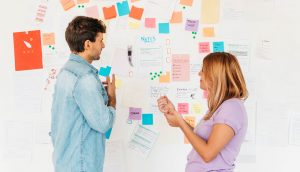 How to prioritize customer satisfaction measures

Start your survey with easyfeedback now